The city of Minnetonka was named one of the “100 Best Places to Live in America” Monday, Sept. 18, 2017, by Money magazine. Money prepares the annual list to identify “100 spots that offer a healthy economy, affordable homes and a high quality of life.”

“This is great recognition for our city, and it confirms what we’ve always known about Minnetonka,” said Mayor Terry Schneider. “The city’s economic stability, diverse housing market, excellent education options, city amenities and natural beauty all combine to make our community a desirable fit for people of all ages.”

“We’re honored to be included as one of the best places to live in America,” said Minnetonka City Manager Geralyn Barone. “We’re very happy Money recognized all our community has to offer.”

To determine the list, Money (with assistance from realtor.com) evaluated cities with populations between 10,000 and 100,000, excluding those that had more than double the national crime risk, less than 85 percent of its state’s median household income or a lack of ethnic diversity. That left 2,400 cities that were evaluated in-depth on roughly 170,000 different data points, with the greatest weight placed on economic health, cost of living factors and public school performance.

The list was limited to four cities per state and two cities per county. Minnetonka (No. 85) was joined on the list by fellow Minnesota cities Eagan (No. 61), Woodbury (No. 67) and Burnsville (No. 84).

"Knowing Tom for nearly 30 years, his dedication to his profession is clearly evident. Tom not only knows his real estate stuff, but he gets to know his... continued"
- Steve, Inver Grove Heights Home Purchase
View All 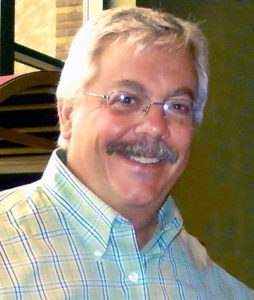 Minnetonka Realty has been proudly serving the Minnetonka Real Estate market for more than 24 years with Tom Nicklow serving as the Broker/Owner over the past 10. Tom incorporates his 30+ years of full time real estate sales experience along with his unique tech savvy marketing approach into a Win-Win situation for all of his clients. If you have an interest in Buying or Selling Minnetonka Real Estate, put Tom’s experience to work for you!