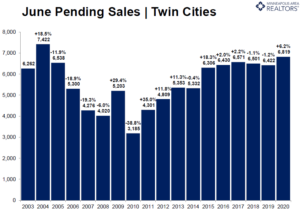 This smoking hot real estate market has no signs of slowing down anytime soon! The month of June just had the most signed purchase agreements recorded since way back in 2004.  New highs for showings suggest further strengthening, though inventory still remains a challenge.

Following is an article published by the Minneapolis Area Association of Realtors.

(July 16, 2020) – According to new data from the Minneapolis Area REALTORS® and the Saint Paul Area Association of REALTORS®, market activity in the 16-county Twin Cities metro continued to recover from the April and May declines.

After double-digit declines in April and May, the number of purchase contracts signed in June increased 6.2 percent from last year. That brought the number of pending sales to 6,819 for the month, the highest June figure since 2004. Some of the pent-up demand from April and May was shifted into June instead of being cancelled outright.

Most of the increase was in the single-family segment. Newly built homes also saw a large gain as buyers were eyeing more space and perhaps a second home office, but also found existing options limited. Record low mortgage rates were another motivating factor for buyers—particularly first-time buyers.

“It is still very busy, but there is little inventory,” said Patrick Ruble, president of the St. Paul Area Association of REALTORS®. “Buyers enticed by historically low mortgage rates in April or May can still capitalize on those rates now; however, because there is no inventory we really need to see an increase in listings.”

Sellers are struggling to keep up, though that may be changing. After greater than 20.0 percent declines during April and May, new listings shrank 14.6 percent in June. The share of the list price that sellers received was still down slightly from last year, but at 99.6 percent, it remains at a very high level. The region had 1.8 months of supply in June, indicating a strong and undersupplied sellers’ market. A balanced market has around 5 or 6 months of supply. By contrast, the over $1M luxury segment had more than 11.0 months of supply in June. 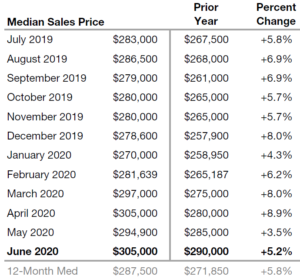 “An encouraging showings trend alongside strong demand and a limited supply of homes should continue to support prices,” said Linda Rogers, President of Minneapolis Area REALTORS®. “While still positive, the rate of price growth moderated in May. Now June home price growth is roughly on-pace with the last 12 months.”

The Federal Reserve pushed interest rates on a 30-year fixed mortgage to around 3.0 percent—the lowest figure recorded in more than 50 years. Attractive interest rates can partly offset declines in affordability. Despite that being a motivating factor, the limited supply of homes for sale is one of the biggest challenges for buyers. Sellers are slowly gaining more confidence around health concerns, but a resurgence in COVID-19 cases could dampen that. While condo sales were still lagging, the data shows buyer and seller activity in Minneapolis is comparable to surrounding cities and suburbs.

June 2020 By The Numbers Compared To A Year Ago

This article can be read in its entirety at: MPLSRealtor.com

"Tom worked hard for us. He did much in the background to keep the buyer happy. He gave us clear advise and was incredibly helpful. He was very prompt in... continued"
- Kathy, Prior Lake Home Sale
View All 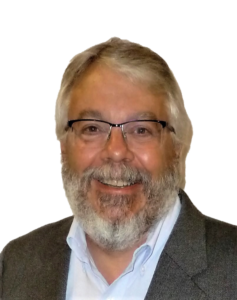 Minnetonka Realty has been proudly serving the Minnetonka Real Estate market for more than 28 years with Tom Nicklow serving as the Broker/Owner over the past 12. Tom incorporates his 30+ years of full time real estate sales experience along with his unique tech savvy marketing approach into a Win-Win situation for all of his clients. If you have an interest in Buying or Selling Minnetonka Real Estate, put Tom’s experience to work for you!